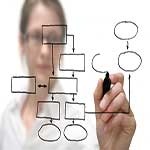 The survey results of a new study released by ESI International of Project and Programme Management Office (PMO) executives in the UK and Europe reveal that most PMOs are not realizing their full potential for cost savings and performance improvement.

The survey results represent government, education and not-for-profit organizations, as well as commercial industries in financial services, telecom, IT, energy, pharma & health, professional services, manufacturing and other sectors, which are contained in the study, “The Challenges to Success for Project/Programme Management Offices.”

PMOs are widely adopted in organizations’ Centres of Excellence. In fact, 96 percent of executives surveyed said they either have a PMO or are planning to build one in the next 18 months. Yet time and again respondents reported a lack of support and resource allocation to make their PMO a success. As a result, only eight percent of executives surveyed believe their PMO is successful.

“PMO maturity is at the core of the issues and challenges that PMO executives face,” said J. LeRoy Ward, PMP, PgMP, Executive Vice President, ESI International. “At the same time, PMOs can’t mature without the support of the organization’s senior executives and an enterprise-wide awareness of its intrinsic value. These key constituents often don’t recognize the PMO’s value because it has not yet fully developed processes and achieved results that a mature PMO delivers.”

Among the study’s findings:

Of the 92 percent who do not believe their PMO is successful, the main reason was a lack of:

Eighty-three percent responded that their PMO was somewhat effective in addressing the key business challenges of their organization. Only 17 percent said it was very effective.

Thirty percent of the respondents said the existence of their PMO has been seriously questioned in recent years. Among the attributable reasons are:

The four main factors respondents identified that establish whether a PMO is mature are:

“PMO executives are keenly aware of the obstacles to their success,” said Ward. “Closing gaps in skills, knowledge and tools are critical for enabling PMOs to meet these challenges and enhance organizational project performance.”

Survey methodology: ESI International sent a survey of 17 open and close-ended questions to 387 project and programme managers with senior job titles in various sectors and industries. Sixty executives participated for a response rate of 15 percent. Their firm sizes range from organizations of less than 101 employees to more than 30,000 employees.

The survey was distributed via email on 24 Nov. 2008 and open for 12 days. The survey was anonymous unless respondents wanted to receive the results, in which case they had to complete their details.  The quantitative survey results were enhanced with qualitative interviews of senior PM executives.

[Editorial note:  Electronic copies of the report are available upon request.]

ESI, a subsidiary of Informa plc (LSE:INF), helps people around the world improve the way they manage projects, contracts, requirements and vendors. In addition to ESI’s more than 100 courses delivered in 18 languages at more than 75 locations worldwide, ESI offers eight certificate programs through our educational partner, The George Washington University in Washington. Founded in 1981, ESI has regional headquarters in London, Singapore and Washington. To date, ESI’s programs have benefited more than one million professionals worldwide. For more information visit www.esi-intl.co.uk.

Related That May Interest You

IT Managers Inbox Runs On The Magazine Theme